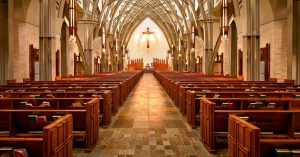 The Shincheonji Church of Jesus, the Temple of the Tabernacle of the Testimony can also be called the Shincheonji Church of Jesus. You can equally refer to it simply as Shincheonji. It is an offshoot of the new religion movement of Christian background and an establishment of Lee Man-hee in South Korea. Its headquarters is located in Gwacheon. While the church has its headquarters in Gwacheon, its presence is not limited to this city as it has its branches in several other cities in South Korea, including Daegu South Korea. Furthermore, its presence is also not limited to South Korea but the church has international presence in several countries across the globe.

As mentioned earlier, Shincheonji Church was established by Lee man-hee and the church started as far back as 1984, March 14 of that year to be precise.  It was formerly a member of Olive Tree, but separated from Olive Tree to stand alone. Since the separation, Shincheonji Church has boomed in number and popularity more than its parent church to become an internationally recognized Christian religion movement.  Its membership had also skyrocketed over the years. According to the most recent research about its membership, the church now records up to 317,320 members in all its branches, including Daegu South Korea and virtually all other places.

The doctrine off the Shincheonji Church teaches that Lee Man-hee is the pastor or prophet that had been prophesized to come in the New Testament.  The doctrine teaches that he is the one sent by Jesus Christ to come in the Second Coming that was recorded in the Holy Bible, especially in the Book of Revelations. The doctrine also teaches that the content of those prophesies were described in secret metaphors and that the only individual capable of understanding and deciphering the metaphor is none other than the Sent, Lee Man-hee.