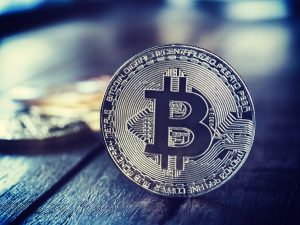 Have you ever stuck in counting money at billing time? Or have you ever felt insecure about carrying pocketful money?

Yeah! This is what happens in any of your life. You may keep yourself busy in counting currency at billing time, what happens if you don’t have enough money to go through?

Okay, come to the second point, you just came out from the bank with your all savings felt unsecured? Yes, who else will not feel! Because we don’t trust anyone now!

But why I’m talking all this rubbish right now? Okay, it will be the point now.

Have you ever heard about virtual currency? A cryptocurrency (Bitcoins)

There is a lot of insecurity with the team money we carry. We feel, so just imagine you are not carrying any money but you still buy more and more things? Is this possible?

Yes, it can be with virtual currency namely cryptocurrency (Bitcoins). What’s this? Similar to some online transactions? No, not at all. Yeah, it might be similar but it wasn’t. The real money you pay through online goes to the bank’s hand first, later you will be paid. These banks grab some of your money during these transactions, which finally results in ‘nil’ symbol in your bank account.

But the latest bitcoin news is that, Bitcoin is decentralized i.e. no government nor does any bank run these Bitcoins. So there is no cutoff.

How Many Bitcoins Are Available? Who Introduced Virtual Currency (Bitcoins)

There are only 20million bitcoins are available in which we have some figure of 17.3million bitcoins in access. The Bitcoins are introduced by some random unknown companies or a group of people or a person whom namely Satoshi Nakamoto in the year 2008 but came into use from 2009 widely.